Herman & Associates: About us

We are now in two locations: 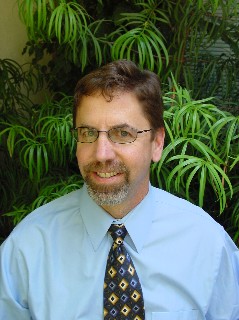 Dr. Herman graduated from the University of Southern California with his Ph.D. in Counseling Psychology in 1987. He is licensed by the State of California as a Psychologist (#PSY10916, since 1989) and as a Marriage and Family Therapist (#MN24462, in 1988). Dr. Herman is the founder and CEO of Herman & Associates and has been in private practice in South Pasadena since 1988.  He has extensive experience in psychodiagnostic assessment, diagnosis, and treatment of learning disabilities (LD) and attention disorders (ADHD). He has many publications in peer review professional journals, and has presented at numerous local, national, and international conferences.  Dr. Herman is the CEO of Herman & Associates.

Ms. Sullivan received a Master of Education in Special Education in 1976 and a Master of Science in Marriage and Family Counseling in 2005. She has worked in the classrooms of both public and private schools and is the former Principal of a school serving students with special needs. She has developed both curricula and programs to meet the needs of students with emotional disturbances, learning disabilities, and attention disorders. She has lectured nationally and internationally on subjects related to learning disabilities, ADHD and transition issues. She is the Education Specialist and Director of Herman & Associates.

Dr. Hess is a licensed clinical psychologist (PSY 21552). She received her Master’s and Doctorate degrees in Clinical Psychology from California School of Professional Psychology in 2005.  Dr. Hess began her career in a Veterans Affairs Hospital, specializing in the treatment of substance abuse and women’s trauma.  She went on to work at Glendale Adventist Hospital, working in both the inpatient substance abuse treatment program and by providing individual and group therapy to adults, families, and children.  In addition, she provided training to medical residents on the detection and treatment of mental health issues.  Dr. Hess completed an American Psychological Association approved pre-doctoral training program at Pacific Clinics focusing on the assessment and treatment of children, adolescents, and adults.  Her work over the past several years has focused on the treatment of adults with co-occurring substance abuse and mental health issues.  Dr. Hess is the Clinical Director of Herman & Associates.